Born forgetting my identity,
Imago Dei coursing through my veins,
but lies strangled the truth.

The Creator says, “Come Forth!”

Wrapped in lies as grave clothes,
I stumble through, wondering if I will ever be free.

The Creator declares, “Come Forth!”

I glimpse freedom through tightly wound cloths.
Elusive, out of reach.

The Creator shouts, “Come Forth!”

I take a step into truth,
I watch the lies unravel as I embrace Imago Dei.
Resurrection flows in my veins, bringing life. 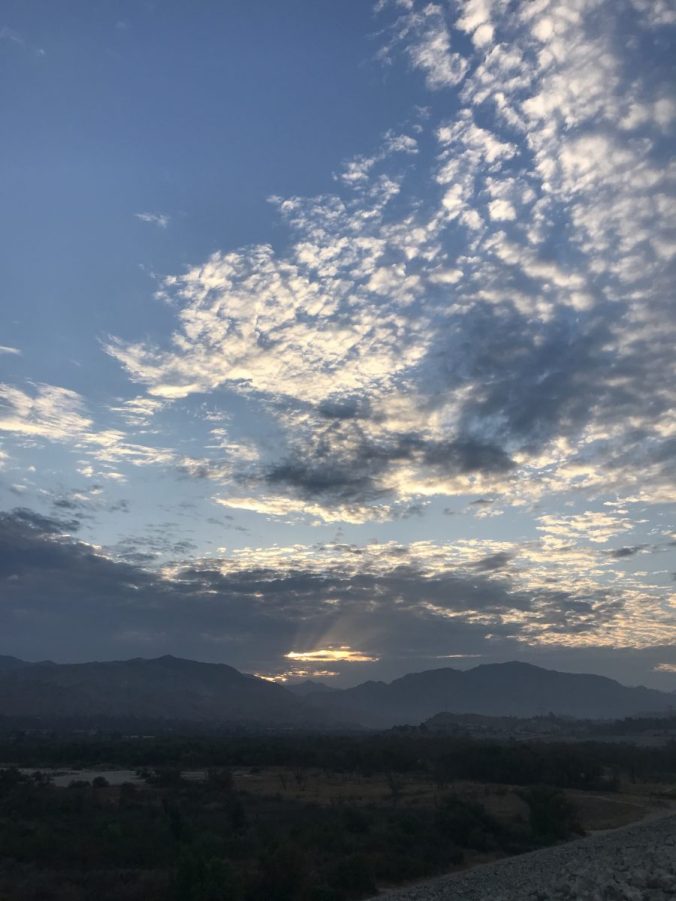 I’ve been walking towards health and wholeness for a few months now, learning to truly take care of myself as well as go inward to my emotional health which I’ve neglected over the years. If someone asked me about forgiveness, I would have said I forgive easily! After all, I am a freaking Bible teacher! Forgiveness is my bread and butter. Oh, how easily we deceive ourselves. 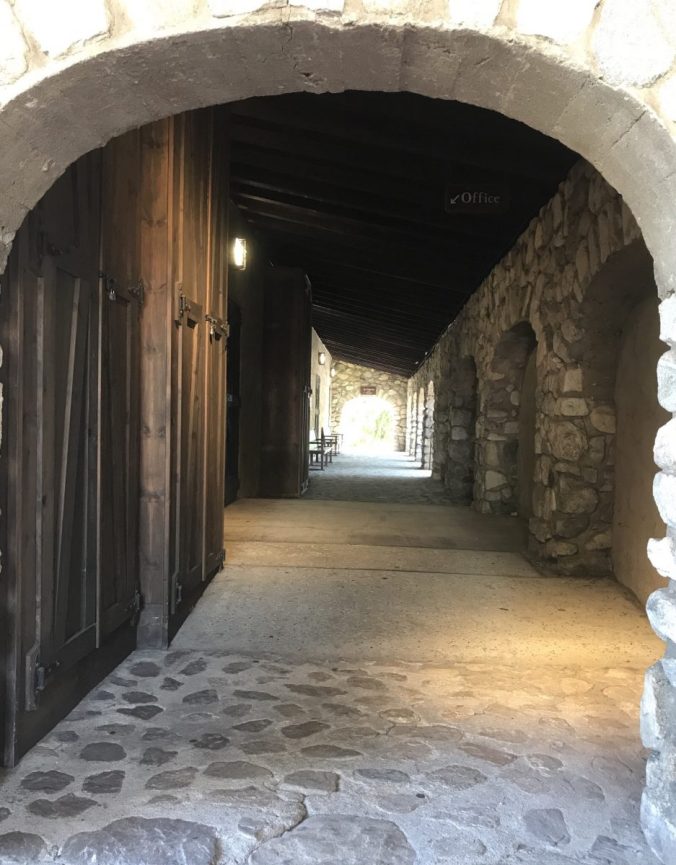 A wise woman confronted me with my own hatred, bitterness, resentment and unforgiveness. I sat stunned, weighing the truth of this revelation. I knew in my gut she was right. In that moment, I felt loved. I knew the Lord was speaking through her directly to my heart. I’ve prayed the Lord would show me any blind spots. Boy, does He answer.

I learned two things through this encounter. I sat with the Lord and listed the offenses/wounds I’ve held onto; I felt the Lord’s deep compassion. Facing the hurt head on is imperative, rather than offering a blanket forgiveness. The most powerful thing I felt was understanding from Him. The Lord didn’t minimize the hurt, He acknowledged the pain. Silence ensued. I waited quietly. I knew He was waiting as well.  You see, in God’s Kingdom, forgiveness is commanded, expected, required. It’s a standard the Lord upholds.  If I am truly a Christ-follower, I must forgive. It’s one of the most loving expectations I’ve ever encountered. He actually believes I can do this.

The other thing I learned (again) is that forgiveness is truly caring for myself. It is the ultimate in self-love. When confronted, I knew the huge block of unforgiveness inhibited me from receiving love. Unforgiveness disables us from truly loving ourselves and obviously, others. Forgiveness is a process. I’m so grateful the Lord is with me in the process. Forgiveness is freedom; freedom to acknowledge pain, freedom to let go of the pain. 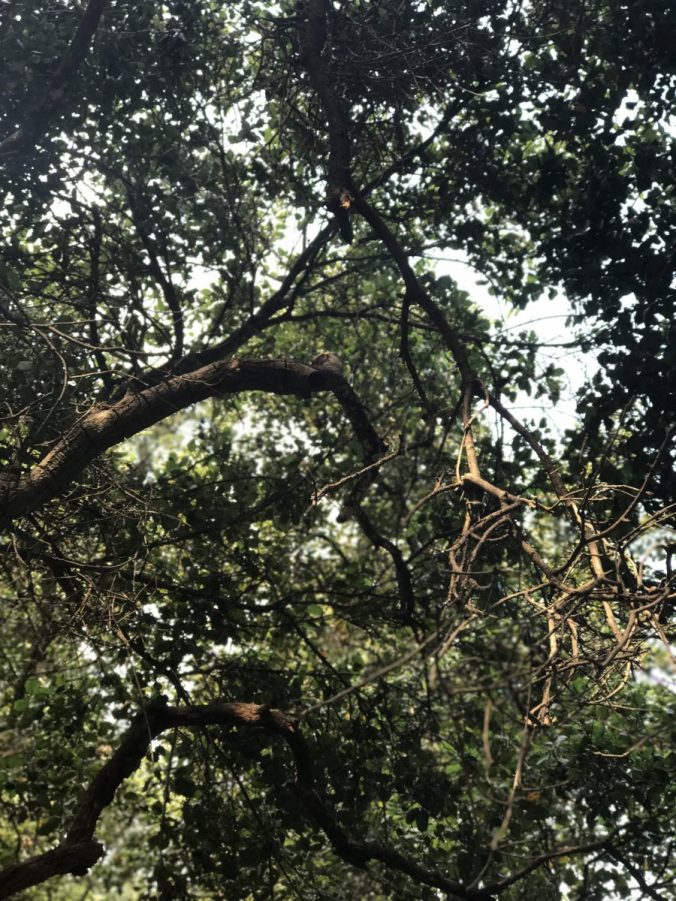 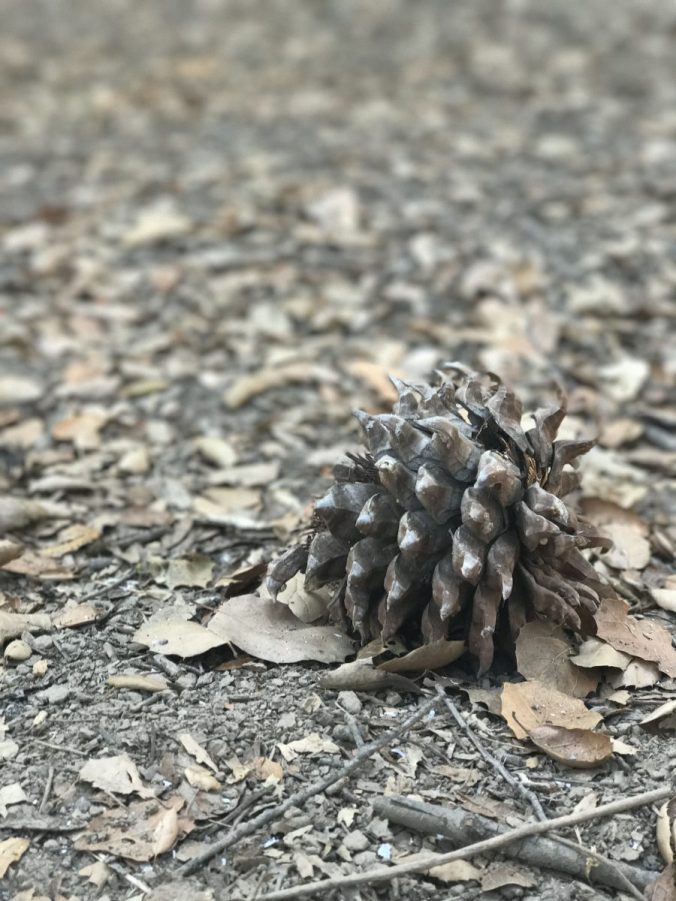 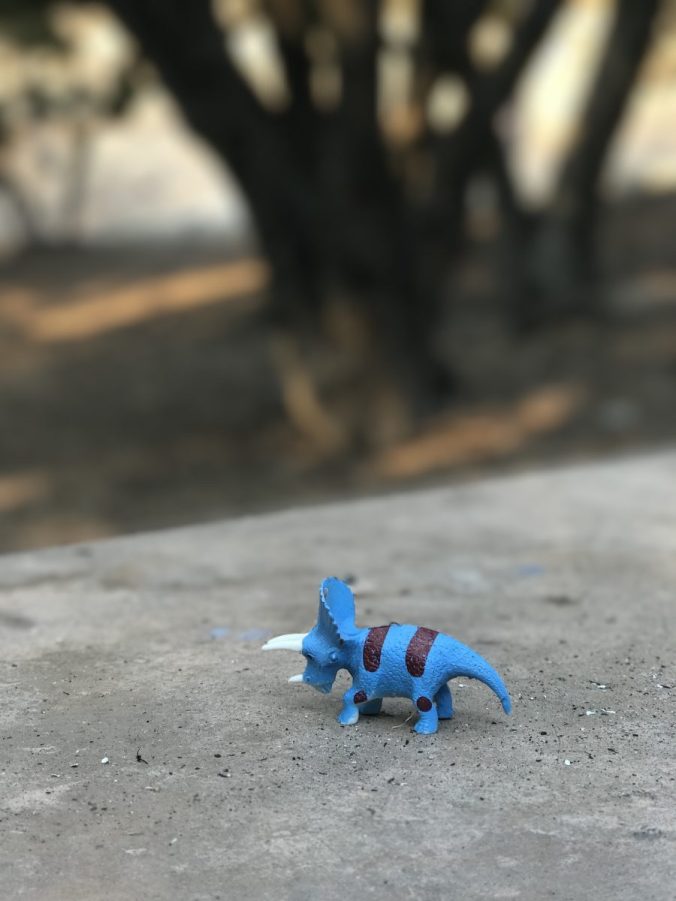 I’ve begun the practice of Lectio Divina as I read through the Bible this year. Lectio Divina is Latin for “sacred reading.”  Essentially, it’s Bible meditation. I read aloud, meditate, ponder, notice and slowly pray through a small portion of Scripture. It’s been delightful thus far.

As I felt led to meditate on Genesis 2:1-3, I noticed something:

Finished. The word finished popped out at me. God finished His creation! Immediately, my mind went to another portion of Scripture that talks about something being finished. (John 19:30)

When Jesus had received the sour wine, he said, “It is finished,” and he bowed his head and he gave up his spirit.

What was Jesus referring to? The redemption of man! Then, I remembered one other place where something is finished…(Revelation 21:6)

And he said to me, “It is done!” I am the Alpha and the Omega, the beginning and the end. To the thirsty I will give from the spring of the water of life without payment.

I hope this truth encourages someone because it certainly encouraged me. God is trustworthy to complete what He has begun.

Edit: The Bible is a cohesive book, though written over 1,500 years by about forty authors writing in different locations. Sixty-six books but one fabulous message.

Greetings from Lakeside, Montana! I am at a conference for the North American School of Biblical Studies in Youth With A Mission. The gathering happens every two years; when I arrive, it doesn’t take long for me to realize I am with my people, Bible-lovin’ nerds every single one. Since I want to blog on a weekly basis, I thought I would share some of my takeaways from the week thus far.

Let me begin by saying the Bible has transformed my life. Yes, it’s been a bit like steering the Titanic but the transformation has happened (and continues to happen!) I wanted to read and understand the Bible because I knew there was something in it I needed, namely to come face to face with the grace of God. Thankfully, I studied the Bible with the Inductive Bible Study method which is a very balanced approach to studying the Bible. Instead of hearing what other people think the Bible says, I engaged the text myself to see what the Bible is actually saying. Here’s an example: would you rather have a beautiful flower described to you or see it in detail yourself? This is the goal of the Inductive Bible Study Method. 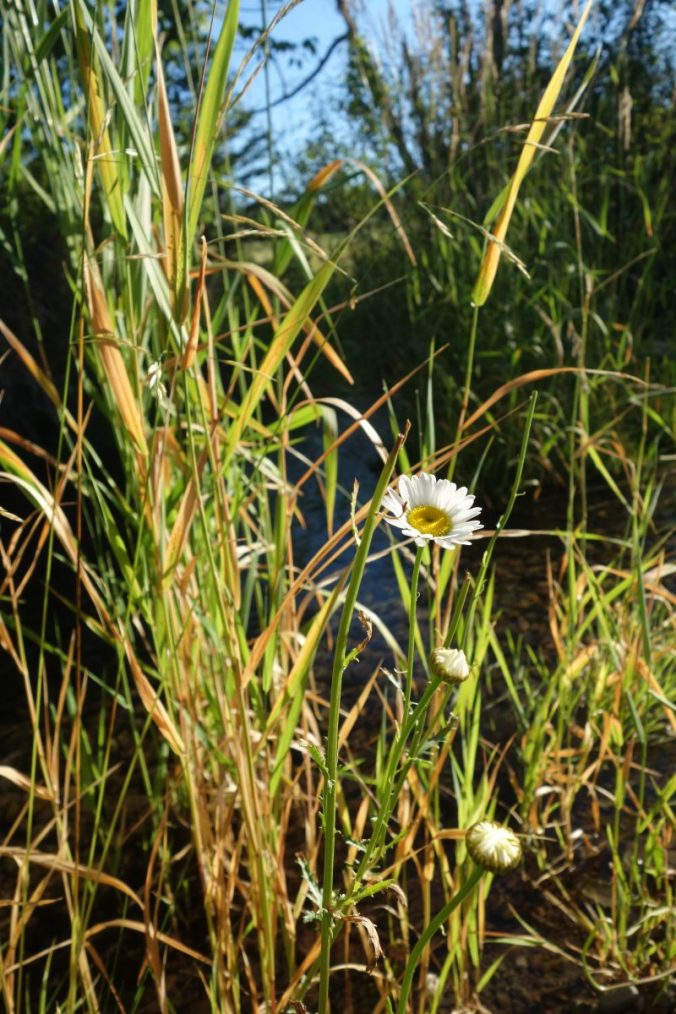 My passion for teaching people in the Church to engage the Bible themselves has been renewed. And not just engage the text but to live it out wholeheartedly.  My admiration for the gospel continues. What is the gospel? From Genesis to Revelation, it’s the story of God’s incredible desire to dwell with man, even when man chose to forsake God. Undaunted, God chose to enter our humanity in order to make a way (forgiveness) for man to dwell with God. The beauty of this gospel is that as believers, we are to embody this for the world.

I go home encouraged, committed and ready to lead people into the Bible for the rest of my life.

As a Christian, it’s not surprising to me that my beliefs often go against the popular culture. This is hard for me because deep down, I really want everyone to like me but that’s another blog post. The church went against popular culture from its inception. Early Christians would not worship Caesar, thus they were punished for their beliefs. All through history, the church lived (most of the time) according to the teachings of Jesus. Except when the church became influenced by culture, and then it usually went really, really badly. Inquisition, anyone?

I recently felt tempted to “go with the flow” of culture because frankly, it can be tiring to swim upstream. Curiously, I asked myself, “What is the big deal anyway?” You see, I worry about losing friends or being misunderstood for my beliefs.

I can point out many ways where I think the church is influenced by culture, and not the other way around. Was I blinded to it in my own heart? Apparently so.  To answer the question,  it is a big deal to “go with the flow” because it compromises my beliefs and allows culture to dictate, instead of Jesus.  I needed a course correction. I’m grateful to the Lord that He gently showed me how easily I can veer away from my core beliefs. I am to love the culture, but I am not to let it influence me. This is difficult but not impossible. It takes courage, humility and a huge dose of love. This is my prayer for myself and the body of Christ.

I’m blogging with a group of women all writing on the same topic (What is the Lord teaching me at the moment?) Click here to read Susan’s post.

Grace isn’t just about salvation though that is very important. Grace also empowers us to live holy lives, to do the things that we cannot do in our own strength. 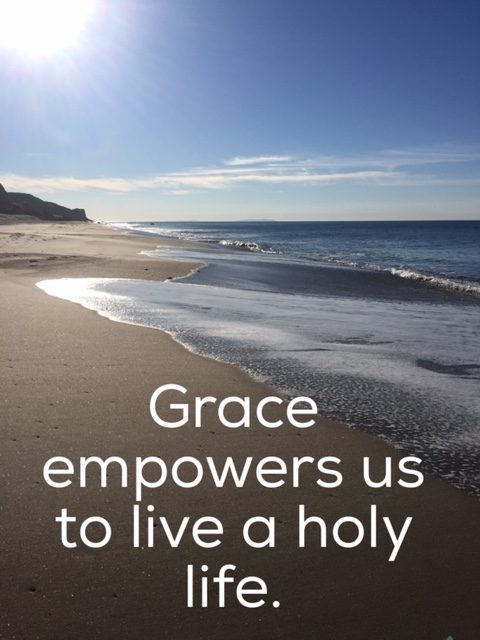 I pride myself on being pretty accepting. Recently, Jesus revealed to my heart that I have trouble accepting people that take advantage, people that hurt me continually, and people that are generally needy and grasping. I react with condescension and coldness instead of recognizing the brokenness in them.

My man cub straight up confronted me the other day.

“Mom, do you realize how condescending you were to So-and-So? It was so obvious.”

The true and ugly part is this: I cared more about my image than I did about dishonoring another person.  I grew embarrassed because of what others might think of me as the incident happened in public.  I just love truth bombs from my man cub.

Grace smacked me upside the head with deep conviction. Jesus zeroed in on my lack of love and acceptance. I’d like to say I immediately repented and made things right but it took awhile because I didn’t see how I could change in my own strength. Truth is, I can’t.

Grace to the rescue. Jesus also showed me how grace can empower me to do the exact things I am helpless to do on my own. How, exactly? Grace is simply Jesus’ power in us to stand against sin. It’s a gift. I have access to this gift, each and every day. I did eventually repent and confess that in my own strength, I can’t love and accept people but because Jesus loves and accepts people, I can as well. I can’t explain it but something profound happened to me in the moment I realized this truth. Grace is truly amazing.

These Gathered Moments
Diary of a Recovering Codependent

Sharing my journey of hope.

One picture could change your life.

No crap on tap

No crap on tap

a 52-week photography blog by shirina and michele

Steve's Blog
meg on tap
Create a free website or blog at WordPress.com.